‘I can’t keep quiet’ is a portrait of a woman who uses a song not only to break her silence, but to echo the voices of hundreds of women.

She gained fame the world over as the initiator and songwriter of the unofficial anthem of the Women’s March in Washington, D.C.

But who is this woman?

by Christine Eitel,
translated from German by Luke Alsop

It‘s Saturday, 21 January 2017. Washington, D.C. has transformed into a sea of pink hats and self-made banners. Hundreds of thousands of people have gathered to demonstrate in support of human rights and against the inauguration of the new president, Donald Trump.

A closer look at the crowd reveals a mass of curly red hair making its way through the pink points. It‘s Alma Har’el, the Israeli-American film director. She feels lost. Suddenly she stumbles into a small group of women who have begun to sing ‘I can’t keep quiet’. She quickly takes her mobile, films the a cappella choir, and shares the video on her Twitter account. Nobody could have predicted what happened next: the video goes viral. The actress Emma Watson shares it. The word on everyone’s lips is the unofficial anthem of the Women’s March, and the questions surrounding it are becoming ever louder: What’s the choir all about? And who is the women with the shoulder-length blond hair in the middle, striking up the choir?

It’s the singer MILCK (Connie Lim). She heard about the Women’s March from one of her best friends and co-founder of the Pussyhat Project, Krista Suh. In collaboration with Jayna Zweiman, Suh had had the idea of knitting thousands of ‘pussyhats’ – pink hats with cat ears – as a symbol of the Women’s March in Washington. ‘It was crazy!’ says MILCK, laughing on the phone. She continues: ‘She told me about the idea with the hats. I said it was an amazing idea, and I told her that I wanted to share my song ‘Quiet’. She answered: It should be the anthem of the march… Do it! And I was like: Okay, I’ll do it!’. MILCK appears to reminisce about the situation, still amazed at how it all began. You can imagine the two friends, anxious to give shape to their idea, wide-eyed, with the vision of the crowds all sporting pussyhats, and the then completely unknown song as the anthem of the protest march.

But how could the song be shared? CDs? Too much self-promotion. Tickets? But then who would really click on the link to the song. It was clear: it had to be sung at the Women’s March, preferrably as a group. MILCK begins to write to a cappella groups, hoping that maybe ten women would say yes. In the end, 25 singers joined. They rehearsed via Skype and met for the first time just before the beginning of the Women’s March. They agreed on flashmobs; it would be a gift to the people on the march, a way for them to contribute something positive and offer hope.

‘Although I may have seen as a sheep, I was a lion inside.’

MILCK didn’t write her song ‘Quiet’ for the march. It’s her life thesis, a summary of her feelings and experiences over the past thirty years. ‘I am a survivor of domestic violence and sexual abuse, and I am also an Asian-American woman in the United States – one of those women who must toil away in obedience and silence. Although I may have seen as a sheep, I was a lion inside,’ she explains. She knows that her story is not unique, that it happens to so many other girls. MILCK wrote the song for herself and for those suffering under all the many forms of oppression.

‘Quiet’ was an act of liberation. She explains: ‘It felt as if I had a lump of coal in my throat. I was always anxious. This song is me taking back my voice.’ The recorded video shows MILCK clapping and stamping her feet, passionately singing: ‘I can’t keep quiet! Let it out now!’ But her silence over the many years was the reason she had lost her voice.

Lim was a moody child who loved grey t-shirts and blue rucksacks. She was always encouraged to be more girly. She tried it out and was quite successful, becoming homecoming queen and ASB president in her high school.

But nobody saw the pain she was suffering. ‘The pain was particularly strong between being fourteen and twenty-three,’ she says. ‘I felt alone and thought that everything was my fault. On the outside it looked like I had everything, but people didn’t know that I had an eating disorder, an abusive boyfriend and that I was depressed. I learned how to hide everything.’ She recounts this time candidly and cautiously, making sure to find the right words, revealing a part of her with no fear of making herself vulnerable.

Music helped to ease her pain. She travelled to Los Angeles to become a singer-songwriter under her birth name Connie Lim. In our search for the ‘old’ Connie Lim, we encounter a pretty girl with long, brown hair who was one of the top ten Asian-American artists and a contestant in the singing competition ‘The Voice’. She explains how, as a contestant, she noticed how she was treated like a product and encouraged to speak with an Asian accent. In her music videos, her angelic voice sings about love and Los Angeles. It sounds beautiful, but it’s fake: from the look and the songs to the way she acts. A typical popstar, you might say. But her meticulously chosen words in interviews represent who she is today: a contemplative, profound, and reflective woman. The traces of the past are slowly being erased; the Twitter and Instagram accounts of her old singer personality are already offline.

But what happened? When was the turning point? How does a person change from one day to the next? MILCK lets out a deep sigh. ‘That’s a really good question. I recorded “the better part of me” in 2013. It was a painful experience, because my manager didn’t listen to me and I had to do everything he wanted. So when I listened to it I said I can never do this again. I have to figure out how to speak up in my real life to protect my art. I only had a voice in my songs, not in my real life.’ So, at the beginning of 2014, she decided to change. She met a group of different artists, both male and female, with whom she built up a strong and supportive friendship. She also met her life partner, who gave her space to be herself. MILCK – MIL (Lim) and CK (Connie K.) – was born.

From singer to activist

MILCK’s debut single ‘Devil Devil’ and now ‘Quiet’ have given her an exceptional new lease of life in the music business. And not only have her songs and attitude to life changed, but also what she has dedicated herself to. Her new campaign ‘I can’t keep quiet’ aims to help women to free themselves from the invisible chains that are placed on them by modern society. If their look doesn’t fit social norms, they need to go under the knife, wear make-up, or hide, because they’re not good enough as they are. But now, women have the chance to share their story with the world using the hashtag #icantkeepquiet. MILCK hopes that these stories will inspire more women to stand up for themselves. She says she receives lots of e-mails, mentioning one in particular from a girl who, after listening to the song, told her family that she had been raped. MILCK still appears shocked at the number of people her message has reached. She had no idea of the power one single voice holds.

Alongside this, she is working on a new project with other survivors, as part of which they create art together to increase awareness of the campaign.

With projects, campaigns, and demonstrations, you’d wonder whether she sees herself as an activist. ‘I remember having a feeling last year that I should do more things outside my career as a musician. When I was in Washington, D.C., I heard all these powerful women talking about healing the world, and then I thought to myself: Oh, I am an activist, too!’ Although the movement has inspired her to do more, she was already dedicated to the cause, going into schools to talk about her experiences, illnesses, and the healing effect of music.

‘I think it comes from the heart. Everything starts with the heart.’

She says her favorite word is empathy. Everything she had to go through, made her empathetic. And you can see that: her thoughts are profound, and her actions reach so many people. Having pretended to be someone else for so long, she is now herself. The change is noticeable. But what is the key to encouraging people to use their voice and stand up for their rights?

‘I think it comes from the heart. Everything starts with the heart. For example, a song speaks to people’s hearts, no matter how different these people are. The more we share our truth and our vulnerabilities and our dreams with each other, the more people will start noticing and start sharing, too. We watch each other constantly and learn from each other. So I think it starts with one person sharing something real about themselves and than taking the time to listen to somebody else.’

Written by MILCK and AG, produced by AG

But no one knows me no one ever will
if I don’t say something, if I just lie still
Would I be that monster, scare them all away
If I let the-em hear what I have to say

I can’t keep quiet
For anyone
Anymore

Cuz no one knows me no one ever will
if I don’t say something, take that dry blue pill
they may see that monster, they may run away
But I have to do this, do it anyway

There’ll be someone who understands

Must be someone who’ll understand

There’ll be someone who understands

Special thanks to MILCK, Laura Goldfarb and Lukas Alsop

MILCK announced plans for #ICANTKEEPQUIET day on Saturday, April 8th and invited the world to participate in person and/or virtually. She’ll be hosting a public flashmob (location + time TBA soon), and is encouraging people to flashmob in their own towns, a well as share their stories or art online using the hashtag #ICANTKEEPQUIET. MILCK’s intention for April 8th is to unite our voices for peace and healing. 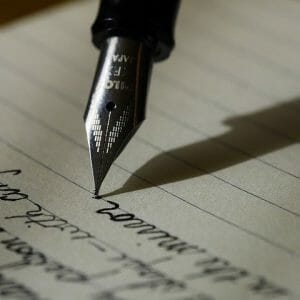 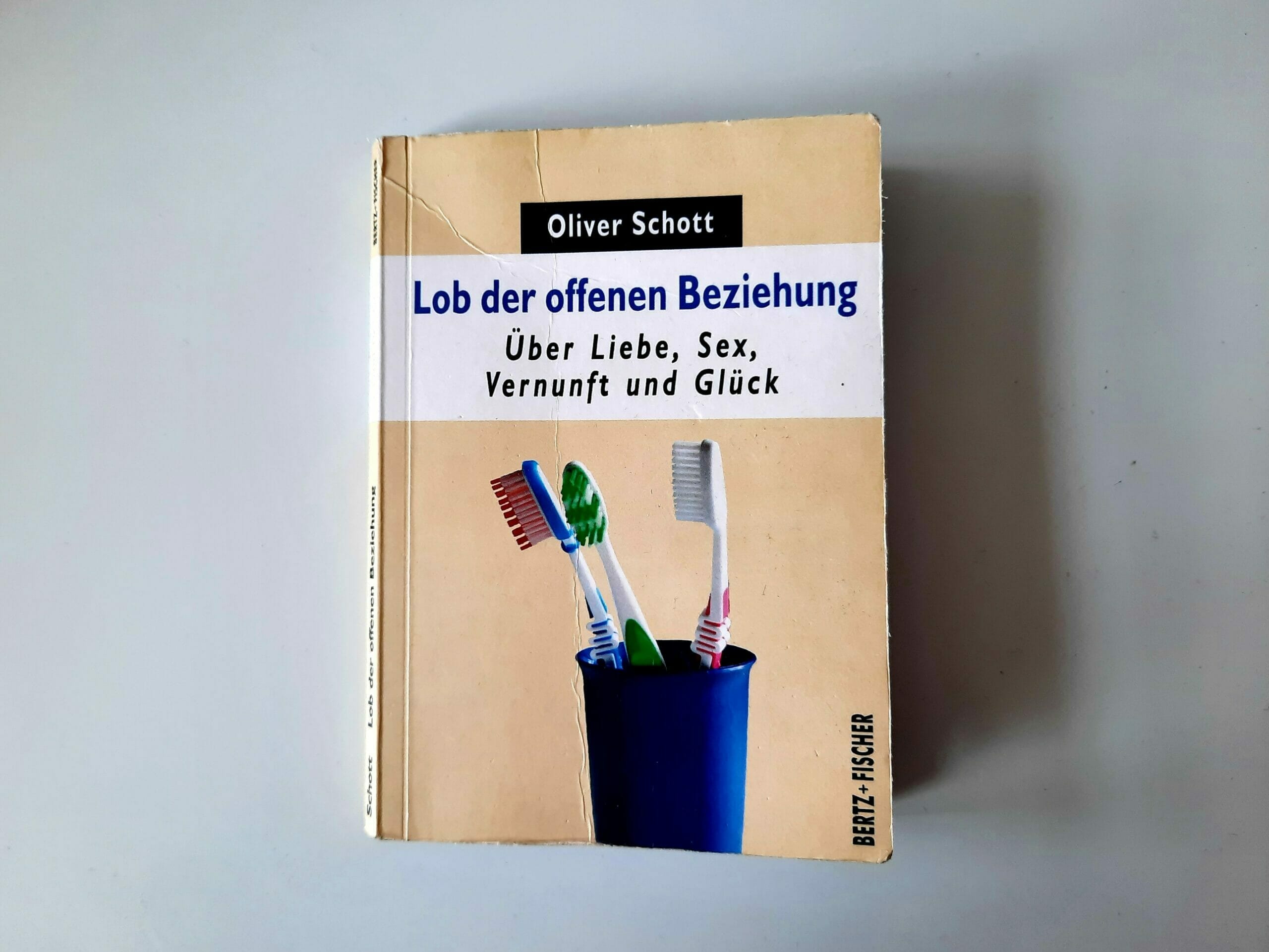 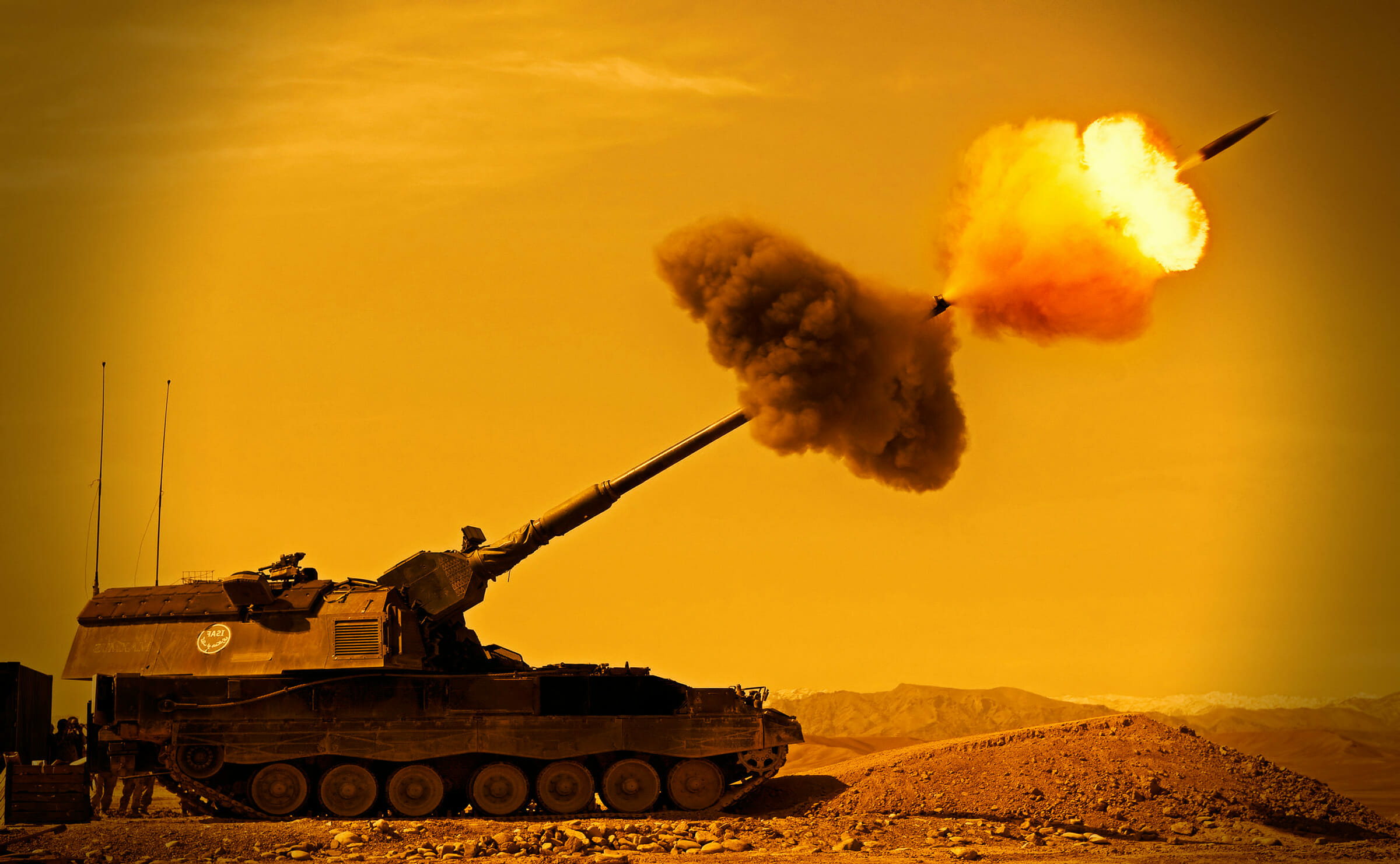 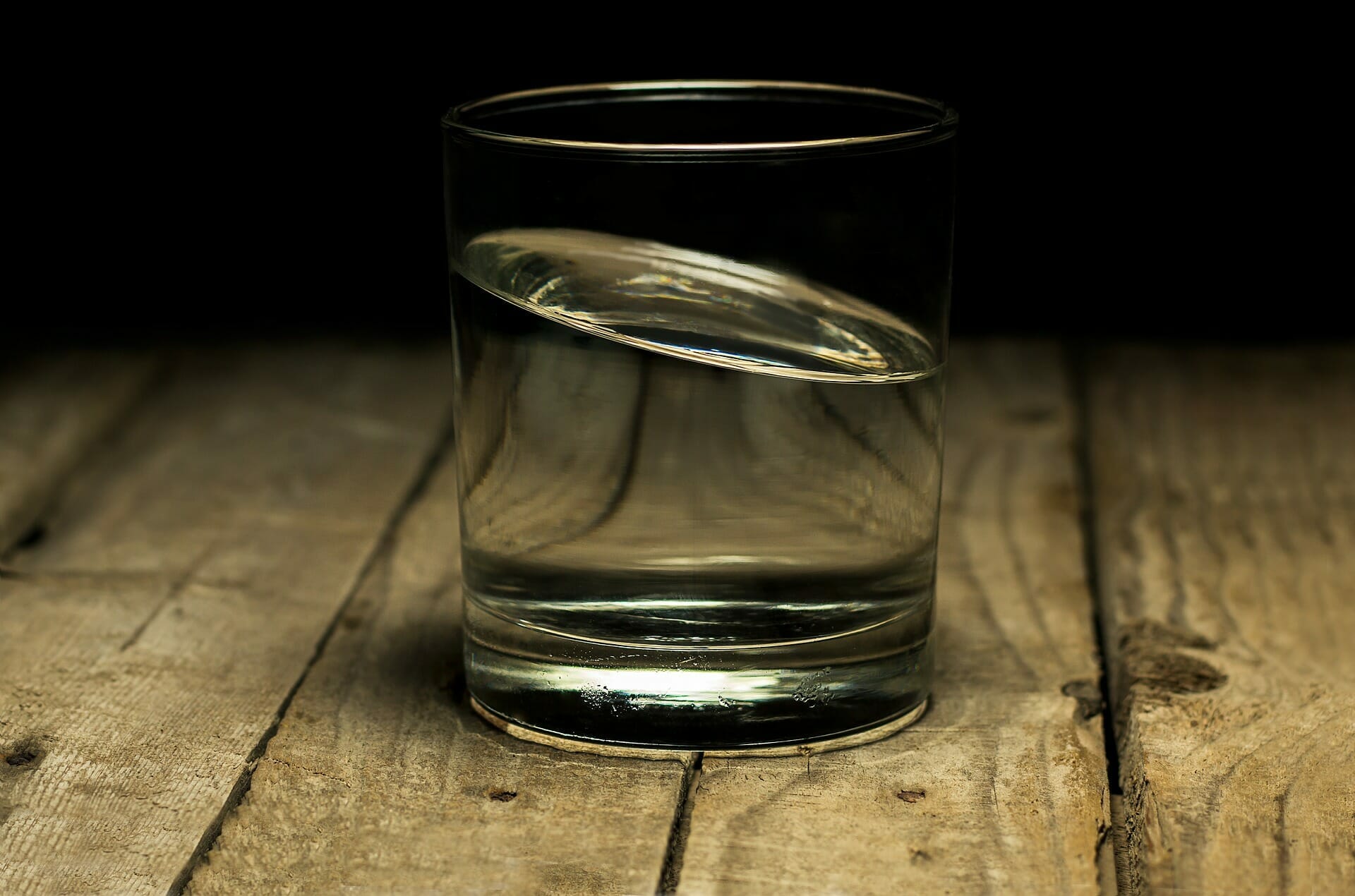 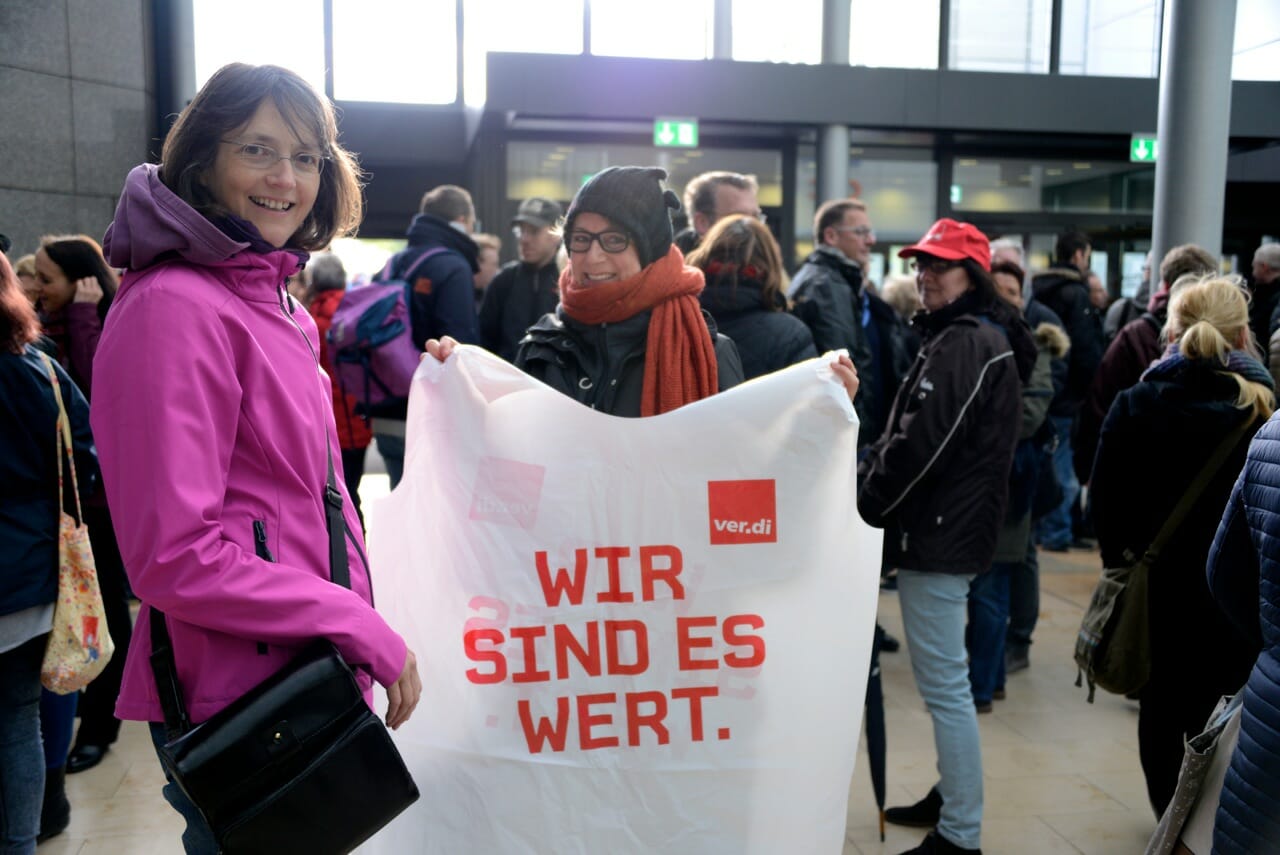